On Friday, Maryland’s Republican Governor, Larry Hogan, announced that he fully supports a controversial bill that would ban fracking throughout the entire state. Considering the high profile legislation that’s been making the rounds in Maryland’s Democratically-controlled state Congress, the announcement isn’t at all surprising.

Hogan’s support makes the Maryland fracking ban all but a certainty, meaning that Maryland’s oil reserves won’t be contributed to the nationwide stockpile. But, is that really such a bad thing?

A Chunk of the Marcellus Shale

There’s a lot of industry curiosity surrounding the fracking opportunities in Maryland. The southern portion of the state sits on the Marcellus Shale Deposit, an 95,000 square mile shale formation that stretches from Tennessee to New York. As a result, Maryland speculators are hopeful that the state could have shale yields that are comparable to neighboring Pennsylvania and Ohio, two states that have reaped a rich bounty of fracking dollars thanks to their position on the Marcellus Shale deposit.

As a result, the impending fracking ban in Maryland means that the state itself stands lose out on the possibility of billions of dollars in tax revenue.

Is It Really That Big a Deal?

Unless you live in Maryland, the short answer is no: a ban on fracking in Maryland isn’t that big a deal for the industry as a whole. Sure, there’s a lot of potential shale in the state, but from both a global and local perspective, the oil and gas industry doesn’t need it.

First, there’s the fact that there’s not much shale in Maryland. The area of the Marcellus Shale Deposit represented in Maryland is a fraction of its total volume: 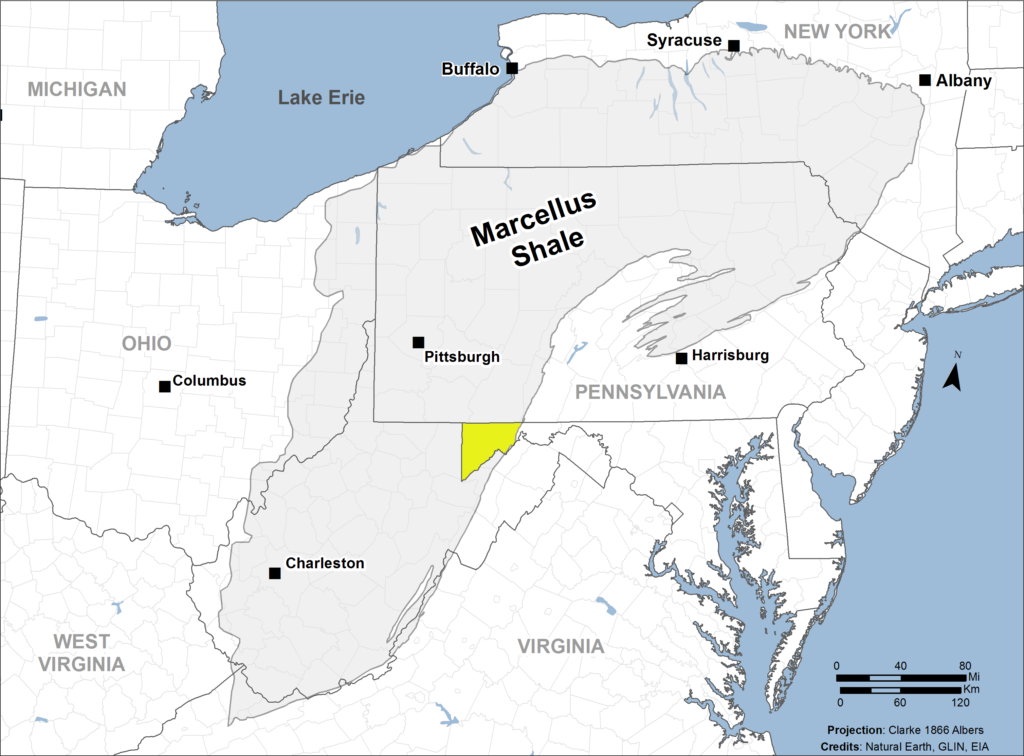 Second, the rest of the country is rich in natural shale deposits. Experts suggest there are as many as 301 billion metric tons of shale un the United States, so the little bit that’s off limits in Maryland is — numerically, speaking — not that big a deal.

Third, there’s the global oil and LNG markets to think of. Firstly, the industry as a whole is coming out of a horrendous two-year depression. Thanks to the surplus of oil currently flooding the world’s markets, everyone is still struggling to clear out the glut in order to stabilize the overall economy. New fracking projects in Colorado, Texas, and Alaska are important to that recovery, but the last thing that needs to happen is another overeager rush to clutter the market with product.

Fracking Was Never Going to Happen in Maryland

Okay, if that bit of logic doesn’t work for you, then there’s always the fact that Maryland has never really shown an interest in the oil and gas industry. Before the first fracking project was even speculated, Maryland lawmakers moved to follow in the footsteps of New York’s statewide moratorium on the practice.

That’s not a response to the recent liberal fervor against fracking, either. For the entire history of Maryland, the state has been rigidly opposed to drilling. Even before the discovery of the Marcellus Deposit, any time there’s been an exploratory project in the state, residents have never seemed terribly upset when no actionable crude or shale has been discovered. It’s just not their thing.

And that’s okay, because the United States’ oil and gas industry is on course to become stronger than ever, even without Maryland’s participation.