Late last week, Judge Martin Carlson vacated a jury award of more than $4 million to two families in Dimock, Pennsylvania who claimed in 2010 that hydraulic fracturing contaminated the ground water in their small Pennsylvania town. The loss of the Dimock verdict, which was popularized in the Academy Award nominated documentary Gasland, is a huge setback for the anti-fracking movement.

Wait, So What Is ‘Gasland’?

Released in 2010, Gasland is a documentary that claims to provide a glimpse at the environmental hardships caused by fracking. The writer and director, Josh Fox, spent several months interviewing residents and speaking to scientists about the potential dangers of fracking in his quest to vilify the practice. In that goal, Fox was imminently successful.

On its release, Gasland earned rave reviews from all the places you’d expect — Variety, Huffington Post, Bloomberg, etc. It even helped influence and chronicle a court case in which two families in Dimock, Pennsylvania claimed to have suffered health issues as a result of contaminated ground water caused by hydraulic fracturing.

It’s stirring stuff, which is why environmentalists have been using Gasland to scare the ever-loving crap out of impressionable people for seven years.

So, Why Would a Judge Set Aside Such a Righteous Verdict?

In the grand tradition of documentaries that make their case too well, it turns out that Gasland was a total hit job that used sensationalized information to make its anecdotal and incorrect point. While professional movie reviewers praised Fox’s narrative structure, actual scientists were dismayed by Gasland’s melodramatic and scientifically baseless story.

Let’s take, for example, an editorial written for Forbes just after the film’s release. In it, engineering professor Dr. Michael Economides passionately attacks the film for its blatant fictions. In one of the film’s most famous scenes, for example, a Colorado local actually ignites his tap water because, ostensibly, the evil act of fracking has caused natural gas to leak into the man’s water supply. Economides easily refutes this point by highlighting a Colorado Oil & Gas Conservation Commission statement released after that organization specifically investigated the faucet-lighting scene. 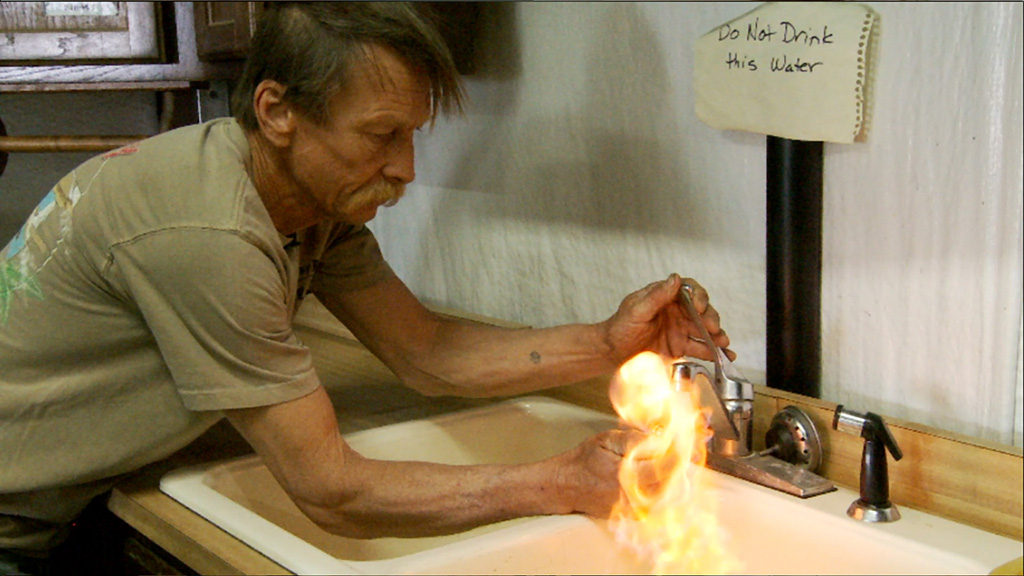 “There are no indications of any oil- and gas-related impacts to your water well,” the COGCC concluded, adding, “Methane gas is common in water wells in Colorado. It occurs naturally … as a byproduct of the decay of organic matter.”

That’s just one example of the hyperbolic and simply untrue “information” used in Gasland. In overturning the verdict, Judge Carlson pointed out several more inaccuracies and concluded:

“[T]he weaknesses in the plaintiffs’ case and proof, coupled with serious and troubling irregularities in the testimony and presentation of the plaintiffs’ case – including repeated and regrettable missteps by counsel in the jury’s presence – combined so thoroughly to undermine faith in the jury’s verdict that it must be vacated and a new trial ordered. Moreover, the jury’s award of more than $4 million in damages for private nuisance bore no discernible relationship to the evidence, which was at best limited …”

The Verdict on Drinking Water Contamination Is In, Folks

There’s a romanticized notion rumbling though the media and among anti-fracking activists that hydraulic fracturing is poison to ground water. For more than a decade, environmentalists have been struggling to make the case and, to date, they’ve failed to do so. What’s more, it seems as though anti-frackers are actively ignoring scientific proof to the contrary.

In 2015, the EPA completed a 5-year study that concluded that fracking wasn’t a threat to the groundwater. In the media, however, the bigger story was the “heroic team of scientists” who rushed in to dismiss the findings and return their own report. Then, for some reason, when that team of fracking haters also concluded that fracking didn’t harm ground water, there was little press representation to be found.

In fact, “fracking hurts water” is still a woefully common argument against the practice, in spite of the fact that there isn’t a single reputable study that supports that claim.

Honestly, Judge Carlson’s verdict is more likely to be viewed as a win for the “oppressive oil and gas industry” more than it will be seen as yet another illustration of the fragility of the anti-fracking movement.

Why? Because listening to some grizzled, old, sad person tell a scientifically baseless, but emotionally compelling story is way more fun than trying to incorporate dry facts into your worldview, regardless of which is more reliable.