Though the fracking industry has fallen on somewhat hard times over the last few years, a new Presidency and a Cabinet filled with friends of the oil and gas industry indicate that the next few years are going to be very good for the industry. Whether you love it or you don’t know all the facts, hydraulic fracturing has become a ubiquitous part of our daily lives. Some protest its proliferation; others tout its value as a means of lessening the toll that energy extraction takes on the environment. Whatever you think about the process, fracking is here to stay. What you may not realize, though, is that hydraulic fracturing has been around for more than a hundred and fifty years.

The first implementation of fracking came in 1862 when a Civil War veteran named Edward Roberts who devised a theory for superincumbent fluid tamping during the battle of Fredericksburg. Roberts wasn’t able to implement his design until four years later. The morning after the first successful test, the Titusville Morning Herald described the process:

“The torpedo, which is an iron case, containing an amount of powder varying from fifteen to twenty pounds, is lowered into the well, down to the spot, as near as can be ascertained, where it is necessary to explode it. It is then exploded by means of a cap on the torpedo, connected with the top of the shell by a wire.”

Roberts’ Torpedo, as it became known, increased the efficiency of oil drilling by 1200 percent. For nearly the next century, Roberts’ Torpedo went largely unchanged. In fact, most companies who drilled to the shale layer were more inclined to think of it as a nuisance preventing them from getting to the oil deposits. It wasn’t until 1948 that oil company Stanolind discovered the economic benefits of a predecessor to hydraulic fracturing. Using a form of jellied napalm, Stanolind figureed out how to blast grains of sand into the shale later, creating fractures that poured out oil and gas. Of course, the company wasn’t one hundred percent sure of the physics behind the process.

Then, in 1954, Shell gasoline tasked a geologist named M. King Hubbert with doing the math of hydraulic fracturing. Known as “the father of peak oil,” Hubbert had previously been one of the first people to forecast the eventual peak and decline of crude oil. Along with an assistant named David Willis, Hubbert’s work on the physics behind fracking helped revolutionize the practice by explaining exactly what was going on in an oil well. 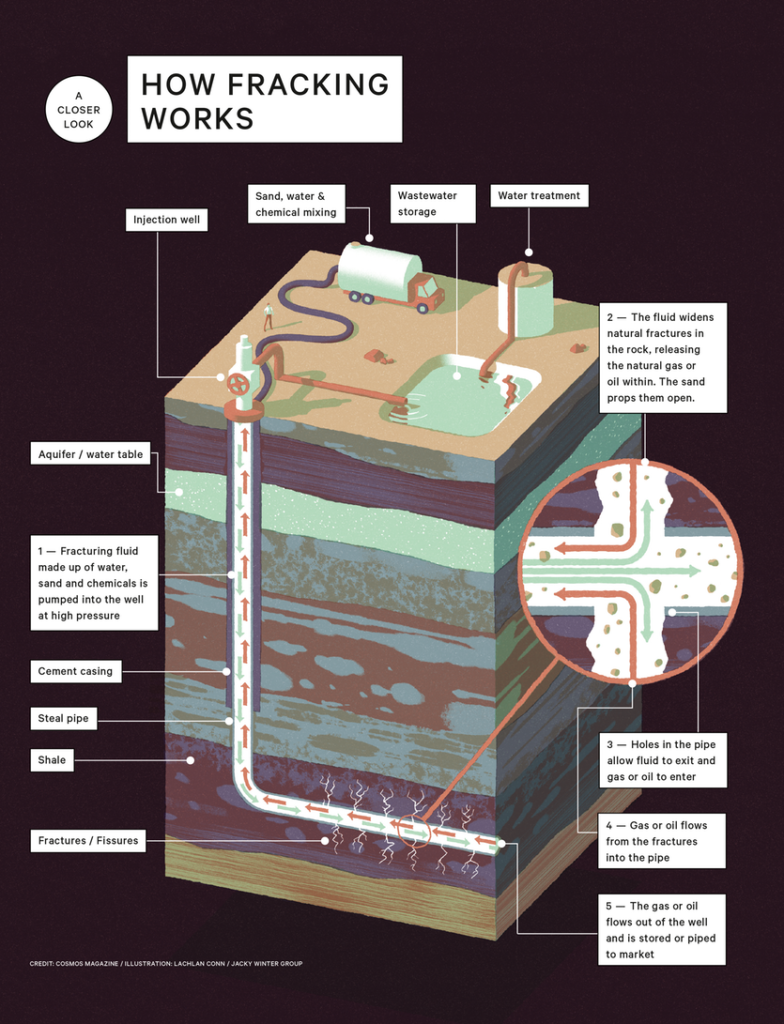 Once engineers had some accurate idea of how fracking worked, the ideas on how to improve both the efficiency and, more importantly, the safety of the process began to flow in like a tidal wave.